Happy Thanksgiving, Black Friday, and all that other bullshit to everyone who might celebrate those days. I celebrated Thanksgiving by driving some seven hundred miles (round trip) to see some family I haven't seen in a few years, and it was all good. The minions had a great time with their cousins, the food was AMAZING (thank you, great-grandma!), and a good time was had by all. Except for the two-year-old, who never wants to be in a carseat that long ever again.

We celebrated Black Friday by playing D&D (Microlite74 style) pretty much all day. Shopping is overrated anyway. The minions are very much enjoying the new system, even though they miss things like Healing Surges and Action Points. I am (on the fly) adapting WotC's Keep on the Shadowfell to the Microlite system, and it's working out amazingly well. This only confirms my suspicion that it is, in fact, an old-school style dungeon crawl that they tried to fit into the 4E system framework. In my experience, it doesn't work with 4E, unless you want to spend months crawling through it. I don't. At the rate my kids are going, we have another three or four sessions, at the most, depending on how it goes, of course.

I haven't been terribly strict on enforcing exactly how they are doing things like "searching for traps" or "looking for treasure"; just the simple fact that they are thinking to do such things is enough to say "okay, here's what you've found." I figure I'll start teaching them the nuances of all that as they continue to play. Really all that matters is they are having fun, and so am I, and they all continue to learn the game.
Posted by Sully at 7:28 AM 2 comments: Links to this post

Yesterday I picked up some cards from the new Magic: The Gathering expansion, Innistrad, in the form of the $40 "Fat Pack". The box included nine booster packs from the Innistrad set, 75 basic land cards, a 51-page "Player's Guide" booklet (which includes a complete picture listing of every card in the set), a "Getting Started" rules foldout, and two foldable cardstock Innistrad-themed deck boxes. Oh, and a countdown d20 life counter. For the price, the box is a deal just for the cards you get.

Of course, this being a D&D-focused blog, I'm going to look more at what this particular set of M:tG cards can bring to your table from an RPG standpoint. The first observation I have to make is that there is a very, very heavy Ravenloft-inspired theme with this set. The expansion is crawling with vampires and werewolves, and they're not the "sparkles in sunlight" type either. Hell, "Strahd" is in the name, so WotC is clearly paying homage to their pen and paper roots with this set. The art throughout is fantastic, which is to be expected from M:tG at this point.

These cards just ooze inspiration for any Ravenloft-themed campaign. Check 'em out. 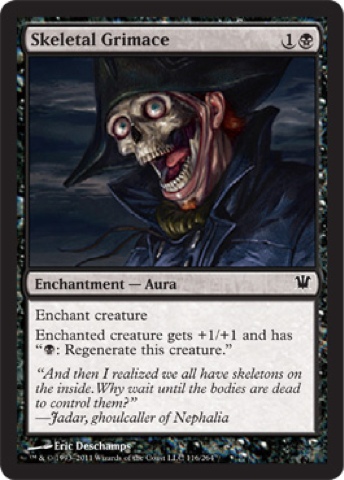 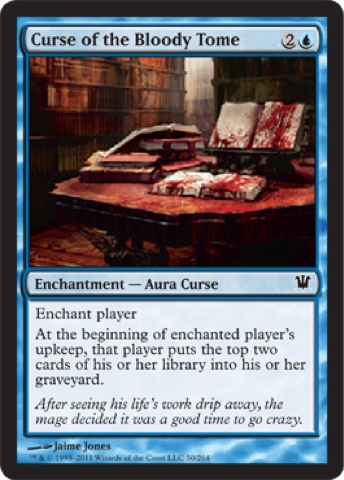 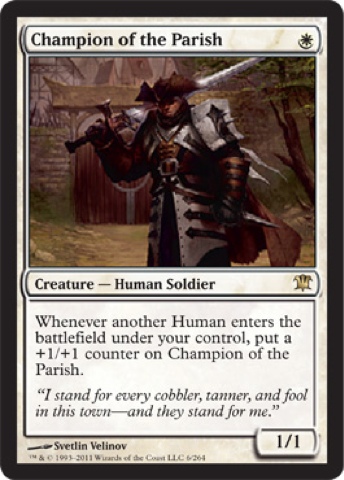 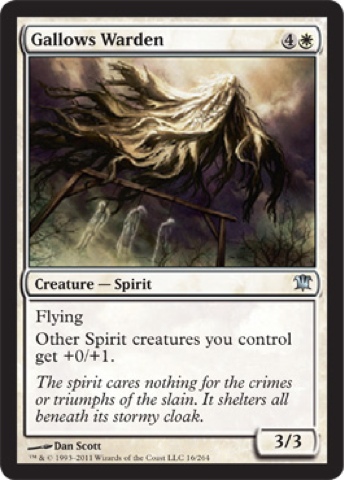 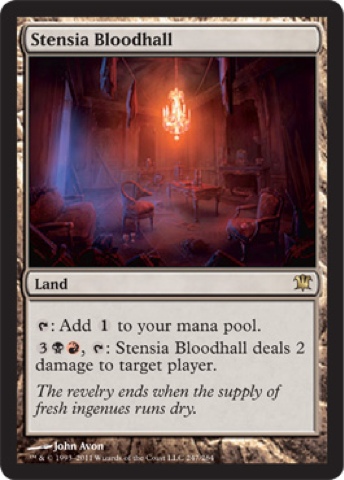 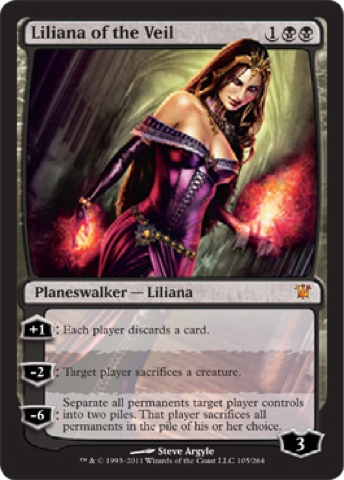 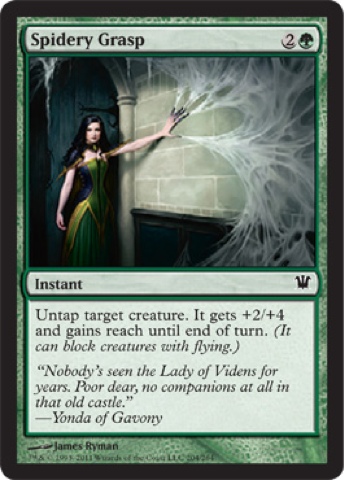 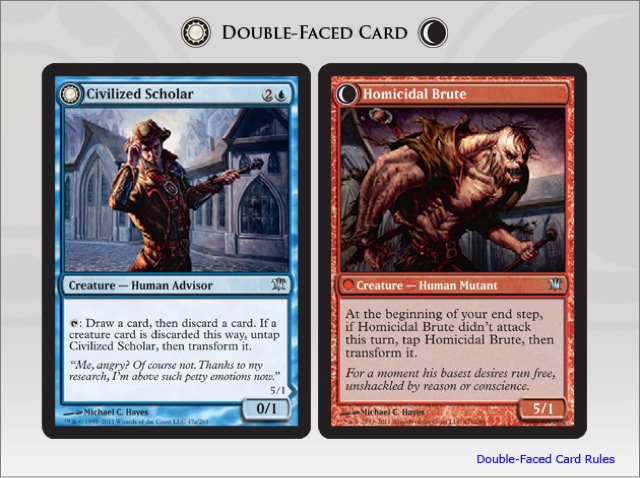 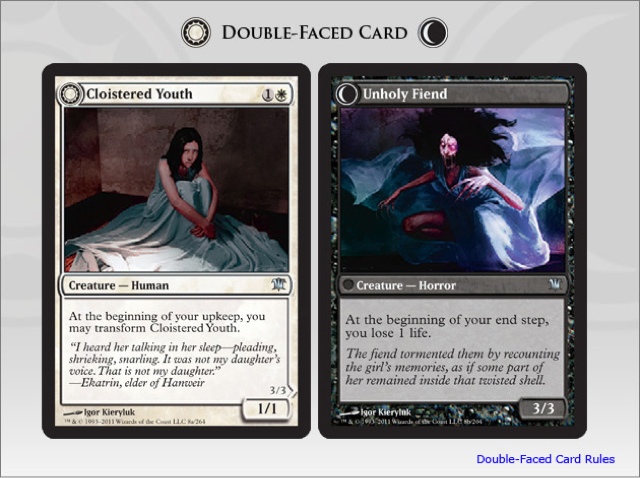 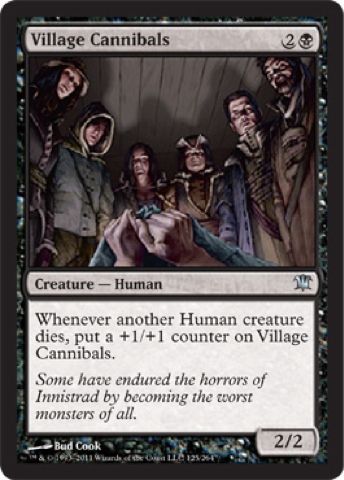 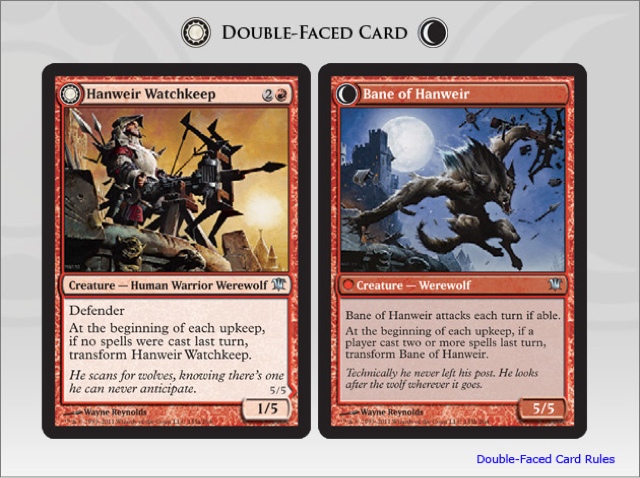 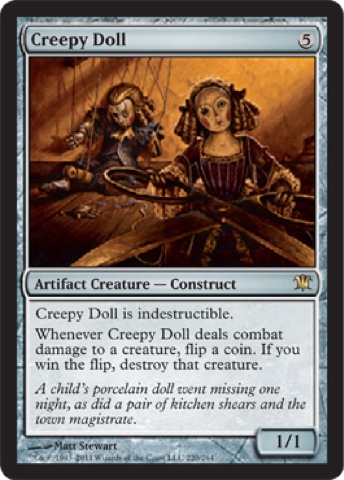 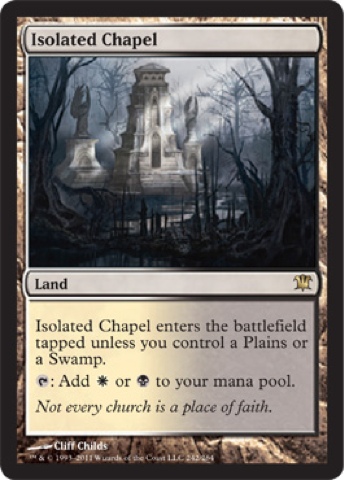 Posted by Sully at 5:48 AM 2 comments: Links to this post

Teach Your Kids to Game Week!

I got an email the other day from DriveThruRPG.com about Teach Your Kids to Game Week. I'm not sure if it's this week or next or whatever, but I figured I'd share my most recent experience. I've written about this before, as I was teaching my three oldest the ins and outs of Type IV D&D. We made it through a few sessions, enough to level them up to 2, before the chaos of having a large family intervened. I have since become enamored of the newest edition of Microlite, and decided to convert the kids game to that system.

They didn't want to lose all their stuff, or make new characters, so I had them roll stats (4d6 drop the lowest) and did the rest of the chargen myself for them. All in all, using Microsoft Word, I was able to put all their characters together in as much time as it took me to do their Type IV characters in WotC's online Character Builder. I was also able to create a new character for the youngest boy (age 6) so he wouldn't be left out of the fun. It was a piece of cake to modify the magic items they already had from 4E to work in the Microlite74 system.

All in all, we managed to play for about two hours. A lot of that was spent with the kids joking around about everything. I am running them through the old 4E adventure "Keep on the Shadowfell", which is a straightforward enough adventure and features a large, rather old-school type of dungeon to explore (old-school enough that it is pretty much a total failure as a Type IV D&D module!). They haven't gotten to the Keep yet, but they will soon enough.

I'm not sure if I really have any good advice for gaming with kids, though. Try to do as much of the chargen yourself as is possible. Use a simple system; the 4E power cards can induce a rather debilitating type of analysis paralysis in certain kids, and combat can really drag in that system. Kids are naturally old-school gamers, believe it or not. They want to try anything, and they need that kind of freedom. The "yes, but..." DMing style is absolutely crucial in this type of game. Encourage them to be descriptive, and they will go all-out. At least, mine did, but they are always trying to one-up each other.

Gaming with kids can be very rewarding. I know I had a blast playing with them, and I know they all enjoyed themselves (even when it seemed they weren't; nobody likes to miss their attack roll!). So, if you have kids, game excellently with them!
Posted by Sully at 3:58 PM No comments: Links to this post

It seems we may be on to something with this play-by-blog thing. I know people have been doing play-by-email and play-by-forum-post games for quite a while, so the concept is not exactly new. Another play-by-blog game has come to my attention, called Top Secret Overseer: the Extraordinary Case Files of Group 17. It's a Weird War II game using the Savage Worlds system. It's brand spanking new but so far seems well-written and well-organized.

And that, I think, is what really makes this play-by-blog thing click. Having a place that is just for one game, with all the information just a clickety-click away, is clutch. I hope to see some more play-by-blog games pop up. Hopefully, this will be more than just a fad. From what I've seen, the format attracts well-written, literate individuals. I certainly have high hopes for the story-telling possibilities inherent in the format, even if they're only fully experienced by the participating individuals.

Collective story-telling for the twenty-first century, I suppose. The entire global village can participate, together. This has to be a good thing.

So, I know there are dungeon masters and game masters out there, reading this, whose regular games have fallen apart, who are itching to run a game and create a story. It takes a fair bit of work on the computer to get it all set up, but if you're willing to stick with it, go for it.

And let me know, because I want to check it out.
Posted by Sully at 7:47 PM 1 comment: Links to this post

Email ThisBlogThis!Share to TwitterShare to FacebookShare to Pinterest
Labels: Play-By-Blog

I've been neglecting this blog a bit because I've been focusing most of my D&D energy on my play-by-blog game at imperialruin.blogspot.com. So far, the game seems to be going well. The PCs are getting to know Fallcrest at the time of the Summer Festival. We've yet to make a single roll apart from character generation, but so far so good. We have a solid, well-rounded crew with a ranger, fighter, cleric, magic-user and thief. My players are all quite literate and have been writing very well.

The play-by-blog format is definitely slow-moving. I'm okay with that, actually. It's radically different than running a game at the table, but I've found it gives everyone involved time to make smart, informed decisions and craft well-written posts. Character development is good, and so far, all the characters are interesting and have some depth to them, in spite of being mere level-1 mooks.

All in all, I think the play-by-blog experiment will work pretty well. I'm looking forward to our exploration of the Nentir Vale, and I think, so far, I've dropped enough plot hooks in front of our PCs to keep us busy for a while. There are numerous threats out there, and plenty of history to reveal.

My life is just too crazy busy, with the kids and work and my beautifully pregnant wife, to be able to run a regular table-top game. This Microlite play-by-blog experiment is scratching the gaming itch quite well for me. Many thanks to my players and anyone reading along.

On a side note, 4E content will be slow in coming. Aside from my weekly Encounters game, I'm pretty much done with 4th Edition D&D. I will continue to mine my 4E resources for inspiration for The Ruins of Empire, but I won't be running any more 4E games. My kids' game will be rolling up new characters for Microlite soon, and that's probably the direction this blog will be taking.
Posted by Sully at 5:23 PM 1 comment: Links to this post

Teaching the Gnollpack to play Magic: the Gathering

Hey it's another blogroll